Skip to content
HomeNewsDelhi hotelier who has moved Supreme Court against Sec 377: It’s time that privileged people spoke up for LGBTQI rights

After filing a writ petition in the Supreme Court to quash Section 377 of the Indian Penal Code which criminalises sexual acts “against the order of nature”, following which the Apex Court issued a notice to the Centre seeking its response within a week, hotelier Keshav Suri is hopeful that the battle against the law will end in the LGBTQI community’s favour. He tells us that it’s high time that “privileged, ‘nepotistic’ people” like him stood up for LGBTQI rights, discusses the power of the ‘pink dollar’ and tells us why it was important for him to mention, in his petition, that he has been in a “committed relationship with another adult man for nearly a decade”. 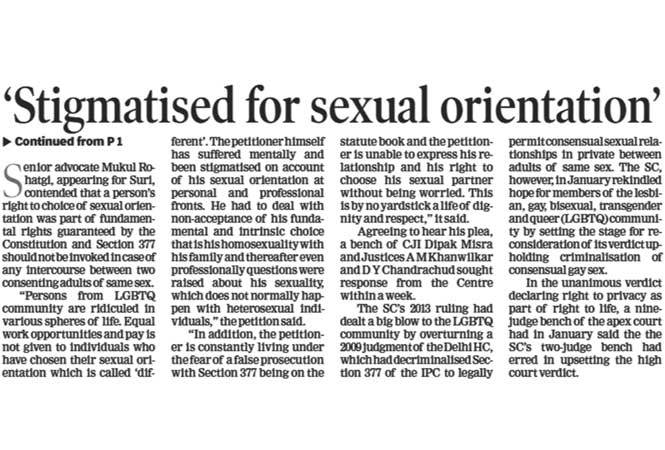 In 2016, Navtej Singh Johar, Ritu Dalmia, Ayesha Kapur, Sunil Mehra and Aman Nath filed a writ petition seeking the quashing of Section 377. This January, the Supreme Court said that it would reconsider Section 377 and referred to their petition. Why did you feel the need to approach the SC then, to file another writ petition?
I think it’s high time that people like me, who are from a privileged, ‘nepotistic’ background, who are in a position to speak up, came forward. I am not an activist, I’m a proud citizen and I believe in a truly inclusive and diverse India. I also don’t want to be one of those who sit on the sidelines and complain. It’s time that I did something in my capacity as a citizen, exercise my fundamental rights, especially now, when in January the SC said that it will revisit its 2013 verdict upholding Section 377. We’re all also talking about privacy laws. It’s time for me to declare that it is my business to decide my sexual orientation, I am a consenting adult. More importantly, it is about what’s going to happen next. First is the decriminalization of homosexuality, then it is equal rights, equal opportunities, the power of the pink dollar – all of these things form a part of my writ, which might not have been considered earlier. 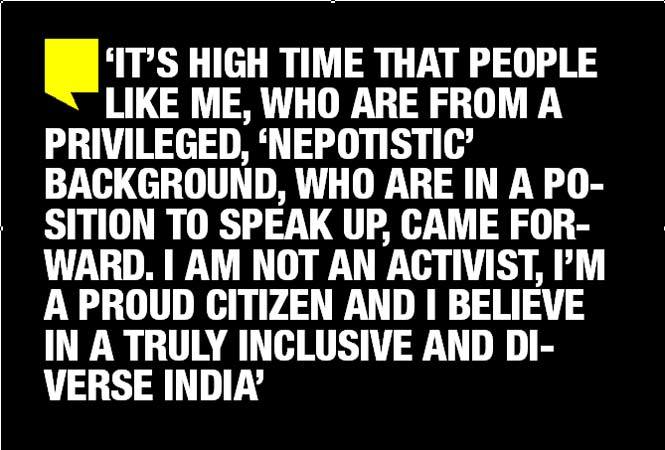 From 2016 till now, what do you think has changed in the fight against Section 377?
We all are now talking about privacy laws, which is a big change, and there is a lot more conversation about the LGBTQI community. I think the Orlando nightclub shooting in 2016 was one of the biggest catalysts to having conversations. When that happened, there was so much love and support there. I thought if that happens in India, would people turn around and say ‘they deserve it because they are criminals’? There is a lot more representation, there are movies like Kapoor & Sons, for example. There is a lot more breaking of stereotypes now. We are the largest democracy with freedom of speech, but I don’t just want freedom of speech, I want the right to live with dignity. A lot of people are now speaking up against injustice. 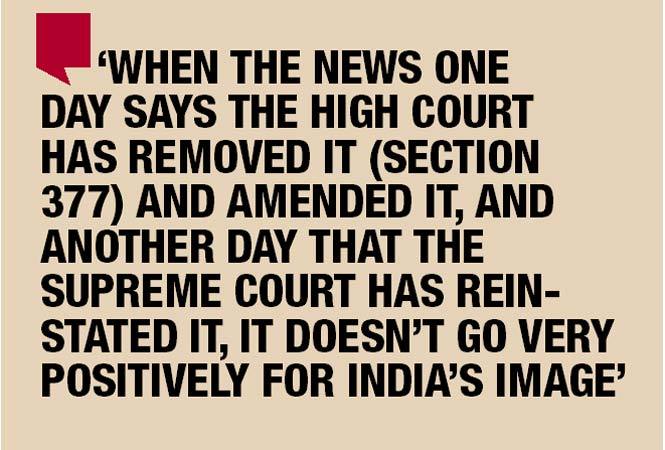 Before 2016, petitions against Section 377 were largely filed by non-profit organisations. When known names move court against 377, how real is the threat of harassment?
It is very real. It is a big deterrent to the youth of this community to speak up. There is harassment in every sphere. I have been told so many times that ‘don’t rub it in my face’, I have been called pretty much all the names in an all boys’ school. More importantly, even outside vendors and companies say that we cannot support you because of Section 377. I’m still from a privileged background, but there are people I have hired, especially from the transgender community, who will tell you about the harassment they face. I have worked with an acid attack victim; acid was thrown on her because she was a transgender. 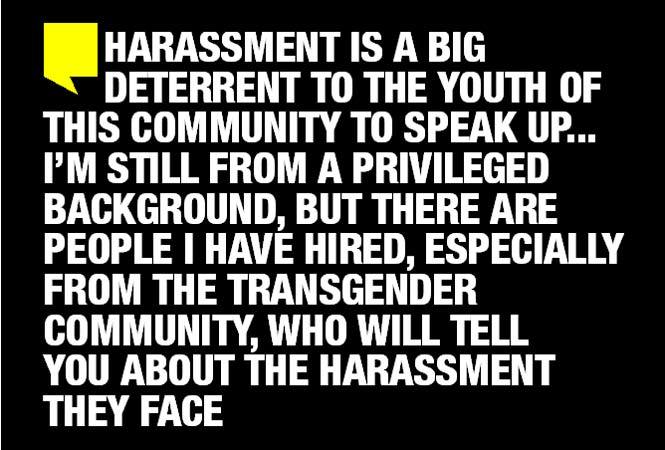 Was it a tough decision for you to file a petition with your name on it?
It was, but I thought I’m going to do it from the socio-economic point. There is a World Bank study that says that homophobia costs economies billions of dollars in GDP growth. So many countries have accepted the LGBTQI community and same-sex marriages, but those people are not going to come to India because of Section 377. Why deny us that tourism? I have been out to my family and to my company for the last 10 years, so I had already reached a limited population. There was a little hesitation when I wondered if I’d be able to take on the entire country, but then I thought I have nothing to hide. If I am a tax-paying citizen, why shouldn’t I speak up?

In your petition, you have mentioned that you are “in a committed relationship with another adult man for nearly a decade.” And also that “the petitioner is constantly living under the fear of false prosecution with Section 377 being on the statute book”. Have you faced this prosecution?
Not personally, but there is fear of harassment. I don’t think it should matter how many people were prosecuted under Section 377. This country is built on minorities. We are the second largest population in the world, therefore we have as many cases of diabetes, heart disease, and logically, as many LGBTQI members who are scared to come out, because of the harassment they think they might face. Being ‘caught in that act’ can get you into prison.