Source:-https://scroll.in Retired Supreme Court Justice Kurian Joseph on Sunday said that the independence of judiciary was under threat due to various factors, including those from inside the institution. “A judge must have true faith and allegiance to the Constitution,” he said, while addressing a webinar. “This means that a judge’s allegiance should not be coloured
Read More 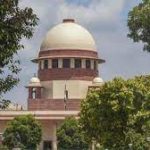 Source:-https://www.hindustantimes.com The Supreme Court , once a hive of activity, remains quiet, but since March 23, when the courts started virtual hearings, life has returned to some sort of new normal : the court rooms have been substituted by virtual courts; paper books by computer files; judges conduct hearings through video conferencing; and technology largely
Read More
Source:-https://www.hindustantimes.com A consortium of Indian banks led by the State Bank of India (SBI) returned to the High Court in London for a bankruptcy application hearing against liquor tycoon Vijay Mallya, as they pursue the recovery of debt from loans paid out to his now-defunct Kingfisher Airlines. At a virtual hearing before Chief Insolvencies and
Read More 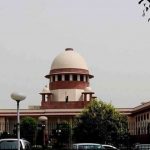 Source:-https://indianexpress.com The Centre is “fully competent” to notify “any land (not necessarily an existing road/highway) for acquisition, to construct a highway to be a national highway”, the Supreme Court ruled on Wednesday while upholding notifications issued under the National Highways Authority of India (NHAI) Act, 1956, for acquisition of land for construction of the eight-lane
Read More 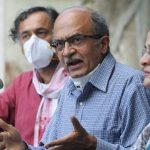 Source:-https://www.newindianexpress.com NEW DELHI: An advocate has written to Attorney General K K Venugopal seeking his consent to initiate criminal contempt proceedings against activist lawyer Prashant Bhushan for his remarks made during a recent interview to a newspaper. The letter by advocate Sunil Kumar Singh claimed the November 29 interview of Bhushan makes an “insinuation that
Read More 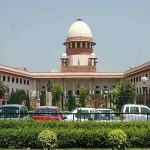 Source:-https://www.indialegallive.com The Supreme Court in a reportable judgment on December 3 has observed that Article 32 of the Constitution of India is an important and integral part of its basic structure. The three-judge bench comprising Justice Ashok Bhushan, Justice R. Subhash Reddy and Justice M.R. Shah passed this judgement while dismissing a Writ Petition filed
Read More 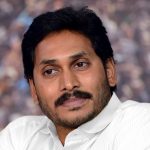 Source:-https://www.indialegallive.com New Delhi: The Supreme Court bench headed by Justice Sanjay Kishan Kaul on Tuesday will hear the bunch of petitions by G.S. Mani & Anr. against Andhra Pradesh CM YS Jaganmohan Reddy after he wrote a letter to the CJI making allegations against Judges of Supreme Court and the High Court and released the
Read More 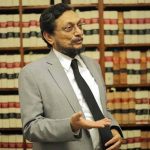 Source:-https://indianexpress.com In India, there is no institution that inspires greater awe and hope than the Indian judiciary. The Supreme Court being at the apex of the Indian judicial system, naturally inspires the greatest confidence and it is rightfully seen as the final frontier in the fight to secure justice. To say that no decision of
Read More

Source:-https://www.hindustantimes.com The Supreme Court on Tuesday “nipped in the bud” a petition challenging the election of Prime Minister Narendra Modi as a member of Parliament (MP) from the Varanasi constituency in Uttar Pradesh during the general election held last year. The petition was moved by sacked constable of the Border Security Force (BSF) Tej Bahadur
Read More 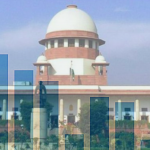 Source:-https://thewire.in Mumbai: Over the past decade, and particularly since 2014, there has been a steady decline in the international credibility and standing of the Supreme Court of India, a new study on foreign court citations of Indian judgments has found. In elaborate research carried out by studying the judgments of 43 countries and identifying the
Read More