Source:-https://www.newindianexpress.com CHENNAI: The State is planning to administer Covid vaccine to around five lakh beneficiaries, including healthcare workers, in the first phase of vaccination programme. The Directorate of Public Health has identified the vaccination points and beneficiaries. Other preparatory activities are underway. Public Health Director TS Selvavinayagam told Express, “Healthcare workers at all levels, from
Read More

Source:-https://theprint.in Kolkata: Observing that it is more important to proceed against “uniformed criminals” before the other criminal activity is checked, the Calcutta High Court has directed West Bengal’s Director General of Police (DGP) to institute an inquiry against an investigating officer in a case of forged cheque. Hearing an anticipatory bail petition, a division bench
Read More 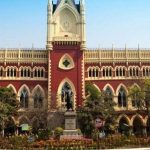 Source:-https://www.timesnownews.com Kolkata: The Calcutta High Court has ordered an inquiry into the Amphan cyclone relief corruption case today while listening to a batch of Public Interest Litigations. The matter being heard by the Chief Justice bench has directed the Comptroller and Auditor General (CAG) to probe allegations of corruption in the relief distribution. The report
Read More 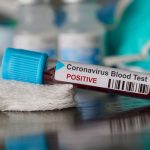 Source:-https://www.telegraphindia.com Bengal on Tuesday achieved the goal of taking its total active Covid-19 cases to below 25,000 within November, riding the 29-day wave of steady drop in that total since Vijaya Dashami on October 26. The total active cases, which fell from 37,190 on Dashami to 24,880 on Tuesday, is almost at the level of
Read More 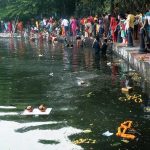 Source:-https://www.telegraphindia.com Sir — The decision by the Supreme Court last Thursday to uphold the directives by the Calcutta High Court and the National Green Tribunal banning Chhath Puja rituals in Rabindra Sarobar and Subhas Sarobar must be lauded (“Sacred and profane”, Nov 21). Rabindra Sarobar, known as ‘lake’ to the locals, is home to three
Read More

Source:-https://www.nationalheraldindia.com The Bombay High Court on Wednesday expressed concerns over the practice of “media trial” while hearing a batch of petitions seeking regulations on the reportage of the Sushant Singh Rajput death case, legal news website LiveLaw.in has reported. “If you become the investigator, prosecutor and the judge, what is the use of us? Why
Read More 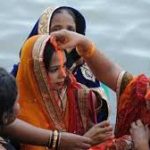 Source:-https://www.hindustantimes.com The Calcutta high court on Tuesday banned Chhath Puja processions across West Bengal while allowing only two persons per family to enter a water body to offer the puja. Also, devotees have been barred from entering two of the largest lakes within the city, Rabindra Sarobar and Subhas Sarobar. Earlier, the National Green Tribunal
Read More 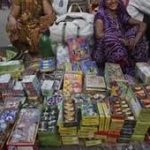 Source:-https://zeenews.india.com Kolkata: The Calcutta High Court on Thursday (November 5) ordered a ban on bursting of all kinds of crackers or fireworks for Kali Puja, Diwali, and Chhatpuja in West Bengal, besides putting a ban on the sale of firecrackers in the wake of the COVID-19 outbreak. A division bench of justices Sanjib Banerjee and
Read More 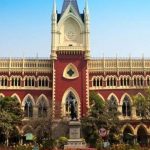 Source:-https://www.newindianexpress.com KOLKATA: The Calcutta High Court on Tuesday ordered second post mortem examination on the body of a man who died in judicial custody “due to torture”, as alleged by his brother, by November 5. A division bench of Justices Sanjib Banerjee and Arijit Banerjee also ordered that two of the family members of the
Read More

Source:-https://www.telegraphindia.com The United Employees Union (UEU), a frontal organisation of Binay Tamang’s Gorkha Janmukti Morcha comprising pay-band employees of the Gorkhaland Territorial Administration (GTA) on Monday announced its decision to disaffiliate from the party and go independent. The Binay Tamang camp immediately reacted to the development and said that many GTA employees were not happy
Read More