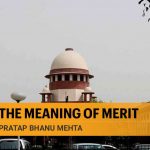 Source:-https://indianexpress.com The Supreme Court has, in a significant recent judgment, Saurav Yadav versus State of Uttar Pradesh, once again artfully negotiated the thicket of issues arising out of reservation. There is no question that India needs a credible and effective affirmative action, though it can be debated over whether the current system is the best
Read More 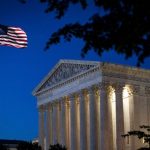 Source:-https://www.tribuneindia.com Chief Minister Manohar Lal Khattar on Sunday said he had requested the Centre to hold a dialogue with farmer leaders. He said the Supreme Court had taken up the issue and it would issue directions within two or three days in this connection. Khattar was addressing a ‘Jal Adhikar Rally’ in Narnaul. “In a
Read More

Source:-https://www.hindustantimes.com The Supreme Court stepped in on Wednesday to try and end the impasse between farmers’ unions and the Centre over the contentious new laws to open up trade in agriculture, observing that the protest will soon become a national issue and that recent events suggest government negotiations with the unions were “bound to fail
Read More

Source:-https://www.financialexpress.com The Delhi Police have arrested three men who allegedly “hypnotised” a Supreme Court lawyer and duped her of Rs 31,000 in Greater Kailash area, officials said on Wednesday. The accused have been identified as Gurdeep Singh alias Aman Digpal (27), Joga Singh (50), both residents of Vishnu Garden, and Lakhvinder Singh alias None Singh
Read More

Source:-https://www.hindustantimes.com The coronavirus disease (Covid-19) does not differentiate between the rich and the poor, asserted the Supreme Court on Tuesday as it rued that arguments were being made about how poor people will not be able to pay steeper fines instead of making certain that everyone wears a mask to contain the spread of the deadly
Read More 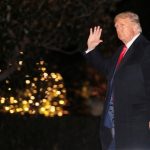 Source:-https://www.ndtv.com Washington: The US Supreme Court on Friday dismissed a bid by Texas to overturn the results of the presidential election, which Republican Donald Trump lost to Democrat Joe Biden, in a fresh setback for the president.The longshot suit lodged late Tuesday against four states key in the November 3 vote — Michigan, Georgia, Pennsylvania
Read More 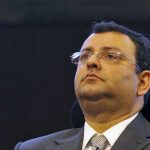 Source:-https://www.ndtv.com The Supreme Court on Tuesday deferred hearing in Tata-Mistry case for Wednesday, December 9. Tata Sons and Cyrus Mistry Group have challenged a December 18, 2019, order of National Company Law Appellate Tribunal (NCLAT) that had ordered the reinstatement of Cyrus Mistry as the Chairperson of Tata Sons Limited. The two conglomerates have been
Read More Source:-https://www.indialegallive.com An interim application has been filed before the Supreme Court seeking directions to the Central government to ensure that the extremely high amount taken for conducting Reverse Transcription Polymerase Chain Reaction (RT-PCR) test to check for Covid-19 infections by private hospitals and labs is refunded to patients. According to the interim plea, the over-charged
Read More