Source:-https://nenow.in The agitation, launched by the terminated school teachers of Tripura, entered the 10th day on Wednesday and they formed a human chain on Agartala road demanding their jobs back. A total of 10,323 teachers, who were terminated by the Tripura government as per the directives issued by the High Court and Supreme Court, launched
Read More 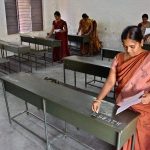 Source:-https://www.edexlive.com Thousands of government school teachers in Tripura, who had earlier lost their jobs following court verdicts, began an indefinite sit-in demonstrations from Monday to reinstate their jobs. The leaders of the Joint Movement Committee (JMC), which is spearheading the agitation, announced that they would intensify their stir until the state government gives them written
Read More 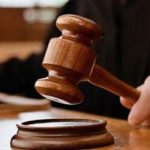 Source:-https://www.thenortheasttoday.com Kali Sankar Baidya’s application seeking medical reimbursement for a total expenditure of Rs.3,72,031 was rejected because he did not obtain a prior referral order from the Medical Board. Challenging the rejection order, Baidya approached the High Court and contended that he had applied for a referral order before going for treatment outside the state
Read More 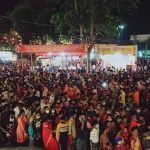 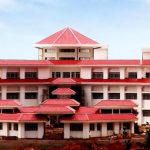 Source:-https://www.indialegallive.com New Delhi (ILNS): The Tripura High Court has ruled that unless the procedure is compromised, the accuracy of a DNA test result cannot be doubted. With this the court dismissed an appeal filed by a man convicted for 10 years rigorous life imprisonment (plus a Rs 1 lakh fine) for raping a minor girl.
Read More

Source:-https://www.newindianexpress.com BENGALURU: A group of law students have approached the Karnataka High Court with a public interest petition contending that the use of a single side of legalor foolscap-size paper is detrimental to the environment as it leads to cutting of more trees. They have sought directions to mandate the use of A4 size paper,
Read More 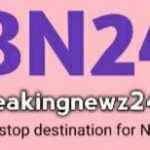 Source:-https Guwahati: A journalist was thrashed by unknown people after he criticised Tripura Chief Minister Biplab Deb’s “won’t forgive” comment on the state’s media. Mr Deb had in an event on Friday criticised the media for publishing stories of alleged mismanagement of the coronavirus crisis by the BJP government.Parashar Biswas, a journalist with a Bengali
Read More 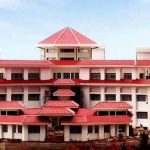 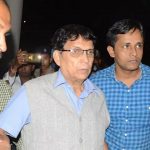 Source – eastmojo.com Agartala: He might be in police custody these days, but this high-profile accused in the Rs 600-crore Tripura PWD scam and former Tripura PWD minister Badal Choudhury is yet to realise the ground reality, it is alleged. Choudhury’s alleged unusual and unrealistic demands, as termed by sources in state police, like supply
Read More

Source – hindustantimes.com The law ministry has cleared the name of Justice Akil Kureshi of the Bombay High Court for elevation as the chief justice of the Tripura High Court, ending months of stand-off, a senior government official said on Thursday. The file is now pending before President Ram Nath Kovind for signing the warrant
Read More