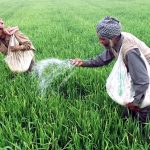 Source:-https://www.business-standard.com The Union Government plans to sell 10 per cent stake in Rashtriya Chemicals and Fertilisers Ltd (RCFL) through offer for sale (OFS). The Department of Investment and Public Asset Management has sought bids from law firms to act as legal advisers and assist the government in the process. A domestic law firm will act
Read More 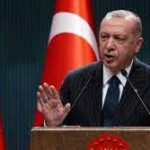 Source:-https://www.wionews.com Turkey has passed a new law that would increase government monitoring of civil society groups, which rights groups have warned would violate the freedom of association. The legislation approved by the Turkish parliament on Sunday permits the interior ministry to appoint NGO officials and halt groups’ activities under vague terrorism charges. It also allows
Read More 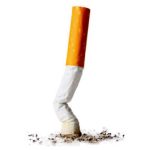 Source:-https://tribune.com.pk ISLAMABAD:The federal health ministry has urged the federal finance ministry to clear the Federal Health Levy Bill so that it can be presented in the Parliament. The bill seeks to impose a tax on tobacco and sugary drinks to boost revenue and to prevent the spread of non-communicable diseases caused by the consumption of
Read More 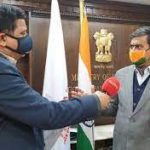 Source:-https://www.ndtv.com New Delhi: The government today said farmers have no reason to worry over amendments to a law on electricity. Some farmers have raised concerns over any plan to change the existing system of power subsidy.“The fears of farmers about the Electricity (Amendment) Bill are unfounded. There is no provision or proposal to change the
Read More 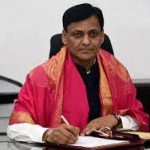 Source:-https://www.freepressjournal.in Patna: Nityanand Rai, Union Minister of State (MoS) for Home Affairs, on Sunday alleged that the forces supporting the farmers’ protest were working against the nation’s interests and sabotaging transportation of food materials meant for the armed forces stationed in hilly areas. Speaking at the kisan rallies at Patna and Vaishali, the Minister claimed
Read More 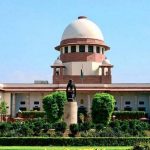 Source:-https://www.indialegallive.com The Supreme Court has sought the Central government’s response on a plea seeking “gender and religion-neutral uniform grounds of maintenance and alimony” for all Indian citizens in the spirit of Articles 14, 15, 21, 44 of the Constitution and international conventions. The bench, led by Chief Justice S. A. Bobde and comprising Justices A.
Read More

Source:-https://www.ipe.com The German Ministry of Finance has proposed a draft law to encourage investment fund activity in the country. The law – Fondsstandortgesetz (FoG) or the Fund Location Act – if passed, it could translate into the implementation of the Directive (EU) 2019/1160 regarding the cross-border undertakings for the collective investment in transferable securities (UCITS).
Read More 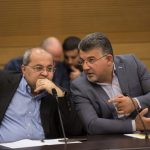 Source:-https://hamodia.com YERUSHALAYIM –A Justice Ministry official has told the Knesset that the nation-state law, which declares Israel to be “the national home of the Jewish people” should not be used to harm the rights of minority populations, The Times of Israel reported on Monday. The statement comes in the wake of a lawsuit filed by
Read More

Source:-https://theprint.in New Delhi: The central government Thursday opposed a plea to impose lifetime ban on politicians convicted of criminal cases from contesting elections. The Ministry of Law and Justice made this submission before the Supreme Court in a case related to electoral reforms. The petitioner, advocate Ashwini Kumar Upadhyay, referred to the rule that debars
Read More 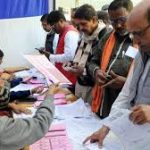 Source:-https://www.hindustantimes.com The Election Commission (EC) has written to the government seeking extension of voting through postal ballots to non-resident Indians (NRIs) for the assembly elections in Assam, West Bengal, Tamil Nadu, Kerala and Puducherry. In a letter to the Union law ministry, the EC cited a successful implementation of Electronically Transmitted Postal Ballot System (ETPBS)
Read More