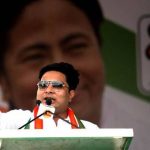 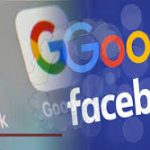 Source:-https://www.hindustantimes.com Australia’s government will reveal legislation in Parliament on Wednesday that would make Facebook and Google pay for journalism. Treasurer Josh Frydenberg said Tuesday that the legislation to create the News Media Bargaining Code will be scrutinized by a parliamentary committee following its introduction and before lawmakers vote on it next year. This is a
Read More

Source:-https://www.hindustantimes.com The Delhi Sikh Gurdwara Management Committee (DSGMC) has sent a legal notice to Bollywood actor Kangana Ranaut, seeking an unconditional apology for her “derogatory” tweet in which she had allegedly misidentified an old woman at the farmers’ protest in Capital as Bilkis Bano. Ranaut later deleted her tweet over the old woman after she
Read More

Source:-https://scottishlegal.com The Court of Appeal previously overturned a decision of the High Court and decided that where a party uses a lawful act or acts to apply economic pressure to a counterparty, the court will not set aside the resulting contract on grounds of duress unless bad faith is established. This is the first economic
Read More

Source:-https://www.nationalheraldindia.com The Supreme Court on Thursday directed the Bombay High Court to list the bail application of 81-year-old poet P. Varavara Rao, who is an undetrail in the Bhima Koregaon case, before the appropriate Bench and hear it at the earliest, legal news website LiveLaw.in has reported. A Bench comprising of Justices UU Lalit, Vineet
Read More

Source:-https://www.hindustantimes.com Germany warned of “immediate consequences” if Thailand’s King Maha Vajiralongkorn broke the law on its soil as thousands of protesters gathered outside its embassy in Bangkok on Monday, stepping up the pressure in their campaign for changes to the monarchy. The demonstrators submitted a letter questioning the king’s legal status in the European country
Read More

Source:-indialegallive New Delhi: Kesavananda Bharati, the seer who ensured that the basic structure of India’s Constitution will remain undisturbed through the several amendments that came through the Parliamentary process, providing a long life to India’s democracy and federalism, died yesterday at age 79. Bharati was seer of the Edneer Mutt in the Kasargod district of
Read More 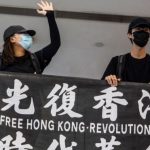 Source:-bbc The legislation has been widely criticised since it was imposed by Beijing in June after months of huge pro-democracy protests in Hong Kong last year.In the letter made public on Friday, experts said the law breached international legal obligations.They also voiced concerns it could be used to prosecute political activists.The law, which criminalises secession,
Read More