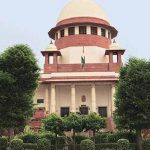 Source – indiatoday.in Is it not time to discontinue long vacations for courts, especially the Supreme Court (SC), when the Indian judiciary is grappling with backlog to the tune of a whopping 3.3 crore cases across the country? A first-of-its-kind public interest litigation (PIL) has been filed before the SC demanding that court vacations, a British era practice,
Read More 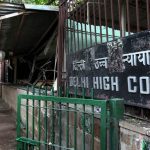 Source – indianexpress.com The Delhi High Court today refused to stay the investigation or grant protection to a journalist, who has sought quashing of a second FIR lodged against him by the CBI on charges of extorting Rs 15 crore from a Mumbai builder by portraying himself as an income tax “power broker”. Justice Mukta
Read More 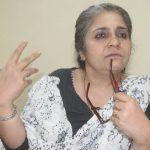 Source – indianexpress.com Social activist Teesta Setalvad and her husband Javed Anand on Thursday moved the Gujarat High Court against a lower court order rejecting their anticipatory bail plea in a fund embezzlement case. Setalvad’s petition challenging the lower court order may come up for hearing on Monday in the high court. The city sessions
Read More 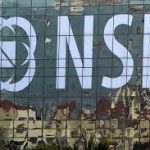 Source – bloombergquint.com The Bombay High Court today granted an extension on the stay of Singapore Exchange Ltd.’s launch of Nifty-based products till Saturday, after the National Stock Exchange of India Ltd. challenged the move. The NSE and SGX sought a consent order from the high court to start arbitration proceedings in the dispute but could
Read More 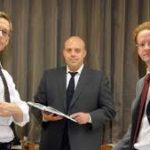 Source – littleindia.com Accordingly, Foreign law firms/companies or foreign lawyers do not have an absolute right to practice law in India and they will be governed by the code of conduct applicable to the legal profession in India. The division bench of the Hon’ble Supreme Court of India consisting of Justice A.K. Goel and Justice U.U.
Read More 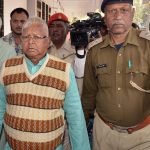 Source – timesnownews.com Mumbai: Rashtriya Janata Dal (RJD) chief Lalu Prasad Yadav was on Wednesday admitted to the city-based Asian Heart Institute. Prasad (69), who had undergone a bypass surgery a few years ago, had sought an appointment with renowned heart surgeon Ramakant Panda at the institute, sources close to his family had said earlier. The former
Read More 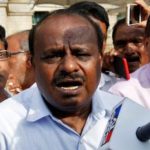 Source – The Supreme Court on Tuesday declined to urgently hear a petition challenging the Karnataka governor’s invitation to the Congress and the Janata Dal (Secular) to constitute a new administration. The plea, which was filed by the Hindu Mahasabha, describes the post-poll coalition between the Congress and the JD (S) (who were campaign rivals)
Read More 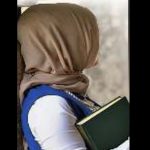 Source – indianexpress.com A student of homeopathy has moved the Bombay High Court against her college, accusing it of not allowing her to wear a hijab (headscarf) and barring her from sitting for examinations on the ground of having low attendance. The petitioner, a resident of Bandra in Mumbai, moved court on Monday seeking permission
Read More 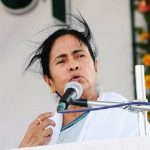 Source – dailypioneer.com This refers to the editorial, “In violence they believe” (May 20). Earlier, when the Left was in power, it was synonymous with politics of hate and vengeance in West Bengal. Now, with the turn of the tide, it is the Trinamool Congress (TMC) that holds all the aces. From beating up opposition party
Read More 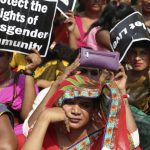 Source – indianexpress.com Hearing the case of a 24-year-old transgender person seeking to change her name from Rahul Sharma to Riya Sharma, the Delhi High Court Monday asked the petitioner “if it was so easy to change names in Class X and XII certificates at this stage”. A bench of Acting Chief Justice Gita Mittal
Read More