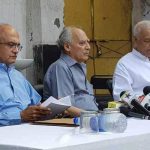 Source- ndtv.com The Supreme Court will hear a batch of petitions including the joint plea filed by former Union Ministers Yashwant Sinha and Arun Shourie along with Prashant Bhushan, into the Rafale fighter jet deal between India and France today. A bench headed by Chief Justice Ranjan Gogoi, which had directed the Centre to provide in
Read More 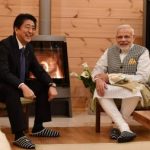 Source- thediplomat.com Indian Prime Minister Narendra Modi has wrapped up his latest visit to Japan for the annual prime ministerial summit between the two countries. He and his Japanese counterpart, Shinzo Abe, concluded a range of agreements, including several significant measures on military cooperation and regional and global security. As my colleague Franz-Stefan Gady reported earlier, one of
Read More

How to fight maintenance Book ATTACHED Ch 1. Introduction Who am I, and why I decided to write a book on this topic? Purpose and perspective of this book Why is this eBook not free? Intended audience What this book will not cover Often used terms and references in the book Glossary and Reference Basic
Read More 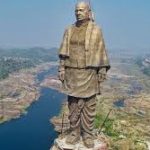 Source- ndtv.com The headmen of 22 villages near the Sardar Sarovar Dam on Monday wrote an open letter to Prime Minister Narendra Modi stating that villagers would not welcome him at the inauguration of the Statue of Unity on October 31. Local tribal leaders have also announced a boycott of the function citing destruction of natural
Read More 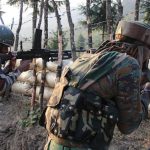 Source- indianexpress.com The Indian Army Monday targeted Pakistan army’s administrative headquarters at Hazira, in Pakistan-occupied Kashmir (PoK) causing extensive damage, officials said. According to security officials, this was retaliation to the firing of “stray shells’’ by Pakistani army on Poonch and Jhallas areas on October 23. One of the shells had landed in Poonch artillery brigade
Read More 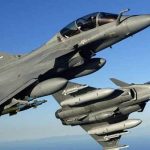 Source- ndtv.com The Centre has filed in the Supreme Court details of the decision-making process for the purchase of 36 Rafale fighter jets in a fly-away condition from France’s Dassault Aviation. The details of the decision-making process were submitted to the Secretary General of the Supreme Court on Friday in a sealed cover as directed by
Read More 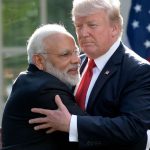 Source- news18.com New Delhi: US President Donald Trump has turned down India’s invitation to be the chief guest at next year’s Republic Day parade, CNN-News18 has learnt. Sources said the US authorities conveyed Trump’s decision in a letter to NSA Ajit Doval recently. The US president’s “domestic commitments”, including his State of the Union address, around that
Read More 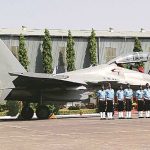 Source- indianexpress.com In an important development for the fighter aircraft squadrons of the country, the first indigenously overhauled Sukhoi-30 MKI frontline fighter jet was handed over by the Base Repair Depot (BRD) in Ojhar to the Indian Air Force. It will be deployed with the Air Force base in Pune. In a ceremony at the
Read More 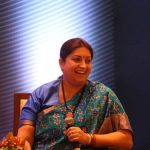 Source- indianexpress.com A complaint was lodged at a Sitamarhi court on Thursday against Union minister Smriti Irani for her alleged remarks on allowing women of menstruating age into the Sabarimala temple in Kerala. A controversy had erupted after Irani said at an event in Mumbai on Tuesday that women had a right to pray but “not desecrate” places of
Read More 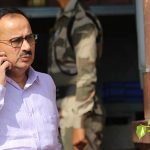 Source- indianexpress.com From a Rafale deal complaint to the Medical Council of India bribery case, from a probe into a coal mine allocation case allegedly involving IAS officer Bhaskar Khulbe to an investigation into the Sterling Biotech case in which Special Director Rakesh Asthana’s alleged role was being probed. These were among the works-in-progress files on
Read More